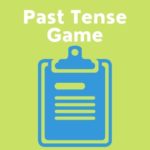 The first screen shows an analog clock displaying a time – initially 9 o'clock – and a pane below showing the matching time phrase. You can change the time on the clock by moving the clock hands or by clicking on the arrows at the bottom. As you change the time on the clock, the time phrase below gets updated. Moving the hour hand changes the time really quickly, but the minute hand is slower. It is only possible to display times at intervals of 5 minutes, and so the clock hands will align to the nearest 5 minutes.

On the second screen there is a mini-game. A text pane in the middle displays a time phrase eg. 3 o'clock. Then 3 clocks are shown above; each with a different time. To play the game, you have to click on the clock that matches the time phrase. This repeats about 20 times with increasingly precise times being shown. In order to complete the game, you have to choose the correct clock every time. If you make a mistake, then the game is lost and you have to start again from the beginning.

While playing the game, a cat is displayed in the bottom left of the screen, with a bridge infront of her. As you guess the clocks, the cat progresses across the bridge to the other side of the screen. But if you make a mistake, then the cat falls and returns to the beginning. There is nothing significant about the cat; it is just meant to be a visual progress aid. There is also a score box in the bottom right. Score is awarded based on how quickly you pick the correct clock. If you take too long, then no points are awarded at all.

These were chosen as they are the main phrases used to tell the time. I did not use more precise times, such as "2 minutes past", as this could have made the game overly complicated. Five minute intervals are really enough for most situations. Alternative wordings, such as "twelve thirty" or "eight forty-five" were avoided so as to keep things simple.

The aim of this game is to practice, or initally explore and learn, telling the time in English. The target audience is low level English learners. Telling the time, while important, is quite a straight forward skill and most elementary level learners should be able to tell the time quite easily. The first screen aims to present the target language, while the mini-game on the second screen is a means to practice and re-enforce the language.

This game is made with Javascript with the CreateJS framework. While primarily aimed at desktops, it should work on mobile phones and tablets. The reasons for remaking this game from the old 'clock' flash version are, firstly, that the old version was not very good – the appearance was not all that appealing, the game displayed in a small window and there was not much variance in the clocks being show. Secondly, the old version still seemed quite popular, despite being taken off the home page of the site and being buried with a bunch of other old games. Finally, telling the time is quite an essential skill for speaking english in everyday life and time phrases are really quite easy to represent visually. Learning to tell the time in English is something that anyone should be able to do by themselves. And so resources to do help with this, should be free and easily available online.